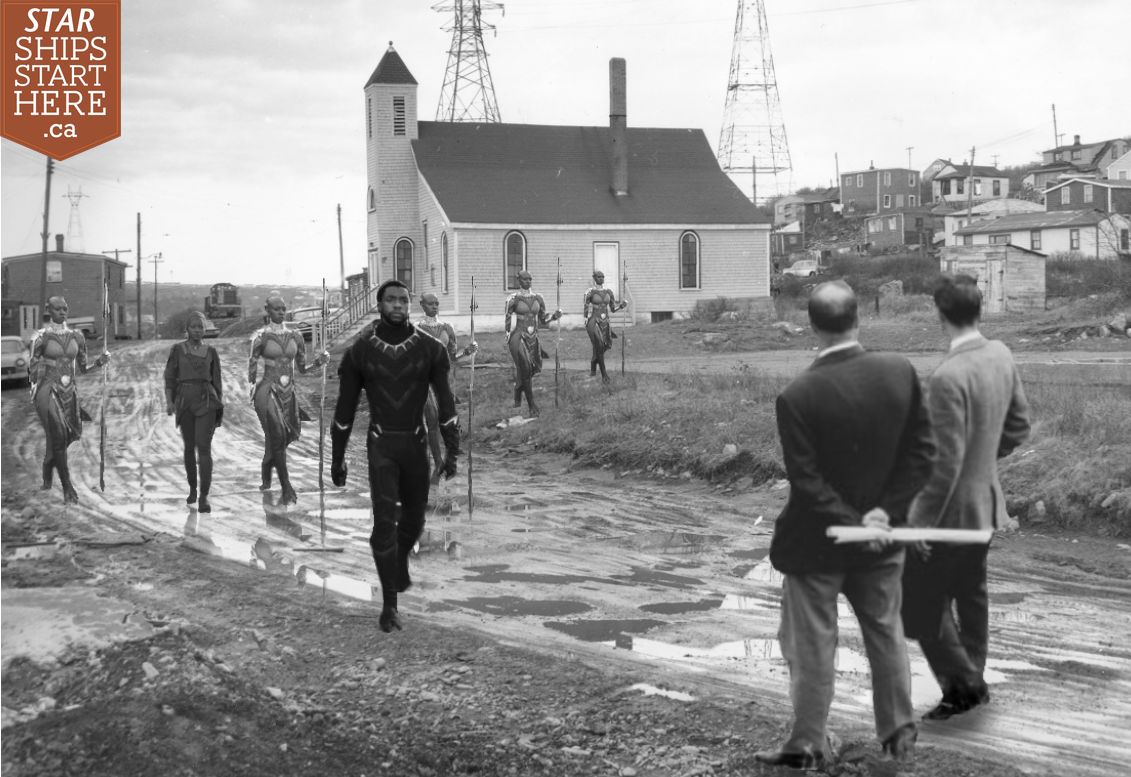 A Visit From Wakanda by Andrew Burke
In the 1960s, the king of Wakanda, the Black Panther, heard about the mistreatment and planned demolition of the centuries-old Africville settlement at the far North End of Halifax. He decided to intervene personally, bringing along a detachment of his elite Dora Milaje troops. After a brief conversation between the Wakandians and local planning officials, the demolition was put off and Africville finally received paved roads and clean water.