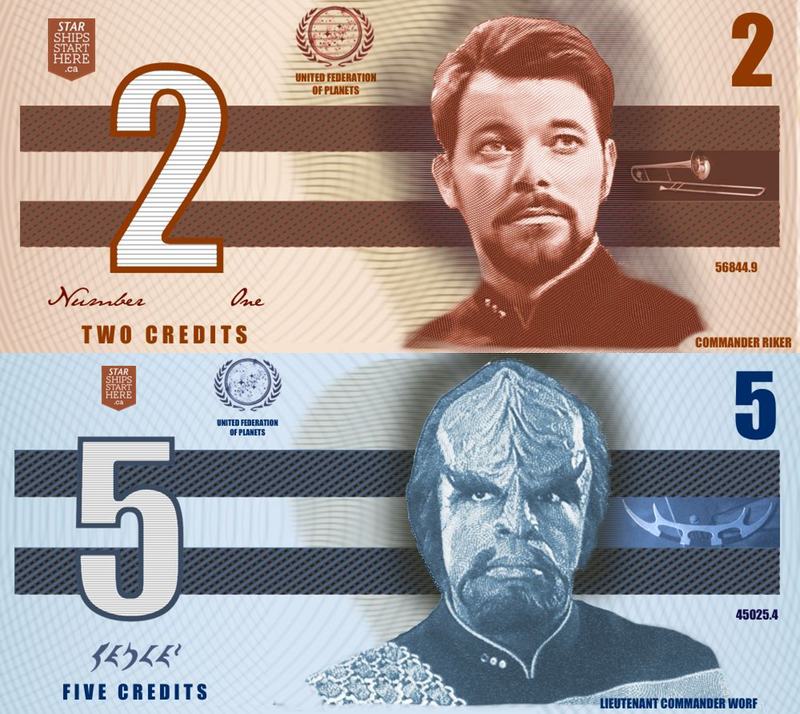 The Next Generation by Andrew Burke
I had so much fun doing the Star Trek: The Original Series bills, that I've redone the 1980s series bills with the cast of The Next Generation. Here's the Riker $2 and the Worf $5. (You've already seen the Picard $1)

The Bank of Canada didn't like the original versions of these since they were too much like real money - so I redesigned them from scratch. This let me include extra features like the Bat'leth and Trombone (I make no apologies for the trombone!), and pertinent stardates - can you guess what they're for?